What is the Best Tool to Unclog a Bathroom Sink? 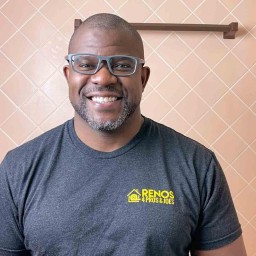 A few months ago my bathroom sink got really backed up. After trying several different techniques to clear the drain I had to stop and ask myself, “What is the best tool to unclog a bathroom sink?”

The best tool to unclog a bathroom sink is a drain auger also known as a drain or a plumbing snake. There are different types of drain augers, and of those, the most effective one for clearing sink blockages is the hand auger. The hand auger is slimmer and more flexible and is much easier to maneuver down the bathroom sink drain pipe, which is usually only 1 ½ inch pipe, as opposed to the 2-inch drain pipe found under a kitchen sink or a laundry room washing machine drain pipe.

Handheld drill augers as well as large drain snakes on wheels usually just aren’t as effective for bathroom sink drains. The specific issue lies in the bulb on the tip and the stiffness of the snake itself. The bulb is usually too big to turn a 90-degree corner, and the same is true for the snake itself.

The spiraled steel on most motorized augers is thicker and stiffer. These attributes are assets for major blockages in larger pipes, but they are disadvantages for smaller drain pipes.

Using the handheld drain auger make take some time, persistence and some elbow grease. When I discovered my sink drain blockage I already had a handheld drain snake on hand. I tossed it to the side initially because I thought using a motorized snake would be faster and easier.

Start your bathroom renovation off right

Get prepared for your renovation by learning the process, planning and foresight needed to bring your bathroom project to life.

I was wrong. The larger units are heavy and are built on wheels so you can roll them because they are too heavy to carry.

I rented this one first and I had no success because it could not make the turns. I returned it and the folks at the tool rental were nice enough not to charge me for the time. I then rented the handheld drill auger.

I got home and got it in place only to have the exact same problem that I had with the large one. I was starting to get frustrated so I grabbed the handheld drain auger that I already owned, and I tried it out. It made the 90-degree turn in the wall with ease.

So within the first minute or two of working with it, I had already made more progress than I had made in the last hour or more fooling with the motorized units.

Before I even considered using the drain auger I tried to liquid gel drain cleaner as well as a plunger. Neither of these techniques worked with any success. The clog was too bad.

What is a drain auger?

A drain auger is made of flexible steel. It is formed in a spiral shape like a spring (or accordion) and then it is spun and stored in a coil shape inside a drum until it is deployed into a clogged drain.

How does a drain auger work?

A drain auger is fed down into the drain where the blockage is located. Once the end of the auger reaches the blockage it will not move any further. At this point, you engage and spin the handle on the auger housing. This action causes the auger to spin inside the pipe.

You should also periodically pull back on the auger because once it becomes entangled with hair, you can often dislodge the hair blockage simply by backing the snake out.

Will a drain snake go through a trap?

Of the different type of drain snakes available, the hand auger is the one that is most likely to go down the drain through the trap. However, this is not the preferred way to clear the blockage. The best way to access the blocked drain is the go under the bathroom sink and remove the trap (p-trap).

The shape of the plumbing P-trap can be difficult for the snake to bend and pass through. Entering the sink drain after the trap gives the snake a much easier path to the blockage. It also makes it easier to feel the blockage as well as any resistance on the snake as it moves down the pipe.

Should I rent or buy a drain cleaner?

For bathroom sink blockages you should buy the handheld drain cleaner. The reason is that most tool rental places don’t sell the hand augers because they cost less than the price to rent a drill auger or a heavy-duty wheeled drain snake. And since the hand auger works the best for sink drains, this is a straightforward choice.

How much does a drain snake cost?

The motorized tools are more effective for blockages in larger pipes like sewer lines. The other advantage to the wheeled versions is that they can reach much longer distances and clear blockages that are otherwise inaccessible without having to dig up the pipes.

Can You Change a Faucet Without Turning Off The Water?

What is the Most Expensive Part of a Bathroom Remodel?

Announcement: All New Working With Bathroom Contractors Mini-Course is now available. Let's establish a clear mindset and objectives when you interview, select and manage contractors.